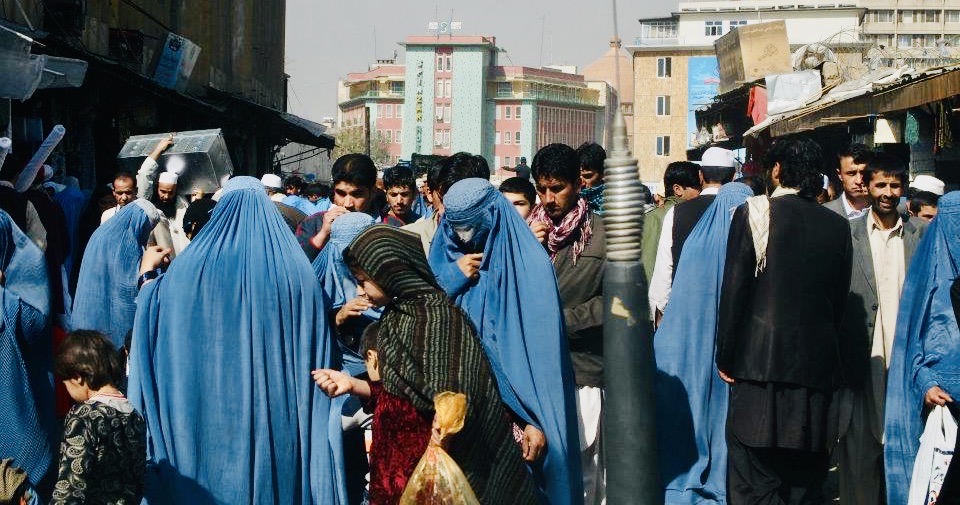 Afghanistan is a special place for Justice Studio. When we worked there in the early 2010s we found it to be a country that is beautiful, interesting and complex. The work I undertook there has been some of the most rewarding that I have ever done, and so I watched, with growing dread, the news that Taliban had taken control of the country.

In the days leading up to takeover of the capital, Kabul, Afghan women in newly occupied territories asked the international community to pray for them. Now, it was clear that their worst fears had come to pass.

Although the US and UK forces who swept into the Afghanistan twenty years ago had never been motivated by women’s rights, they had paid enough lip service to it for us to think they may have some vague interest in it. However, the swift retreat, and the peace treaty that heralded it, showed the international community’s true colours: they had got bored and stood aside, leaving the women of Afghanistan to the wolves.

When I first arrived in Kabul in October 2011, Afghanistan was an international donor playground. The Taliban had been ousted in 2001 and a succession of foreign aid agencies had been flooding in with large pouches of money, strong opinions, and little planning or coordination. This wasn’t so new to the country. Foreign aid has always played an important role in the economy (back in 1972, 69% of country income was from foreign aid), however, by the time I was there, the glut of money had artificially inflated the economy and we found a series of half started projects.

Everyone had different ideas about how they wanted to spend their cash and what they could do in the country. Almost none of these ideas were based on proper consultation with the Afghan people or an assessment about what might actually work within the existing structures. Not only that, but no-one seemed to want to work together – everyone wanted to do their own thing. We found different donor organisations doing similar but divergent projects in the same area, or top Afghani generals in the police being mentored by 10 different mentors all from different international groups (who didn’t know each other existed) or a replication of projects that didn’t work because of misdirected hype.

Knowing how things worked when I was there, I have little surprise that by the time the international community left, the Afghan people would be only marginally better off, if that.

The international community continued to ignore the Afghan people in their process for departure. Despite the fact that only around 13.4% of respondents in a 2019 survey by The Asia Foundation expressed some sympathy with the Taliban, the USA and the international community have given them the credibility they needed by entering into peace talks with them. Donald Trump’s administration, who brokered the peace deal with the Taliban in February 2020, was happy for women’s rights not to be mentioned in the resulting deal.

This is because, of course, the people who have been ignored most, are Afghan women.

From the beginning of the ‘peace process’, women were excluded from the talks. The Taliban naturally included no women in its own negotiating team, but the Afghan government and the international community had hardly any women on theirs either. Oxfam’s Because She Matters report shows that of the 67 official peace negotiation meetings between 2005 and 2020 women were present in only 15: at most, only 22% of peace negotiations (and there were likely many unofficial ones that they were also excluded from). Throughout the process, women’s voices, when they have been included, have been a small minority. But just one or two female voices in a sea of men meant that they were on an uphill struggle, and their views have not been taken seriously.

Absolutely no women were involved in the meetings between the US government and the Taliban in Doha in February 2020.

Canadian diplomat Deborah Lyons was appointed the UN secretary-general’s special representative for Afghanistan only after the deal was struck in March 2020. A year later, her role in relation to the newly appointed 70-year-old Frenchman, Jean Arnault, as the secretary-general’s personal envoy is unclear.

Surely if we are to pretend that women’s equality is as important as the international community say it is, they would at least invite a few women from their side? The UN Security Council Resolution 1325, adopted in 2000, calls for women’s “equal participation and full involvement in all efforts for the maintenance and promotion of peace and security.” However, this, and the seven additional resolutions on women, peace, and security, mean nothing if they are not prepared to commit to the resolutions themselves.

Can we be surprised at the Security Council’s lack of integrity? Women are still a minority there. Every element of the Council is dominated by men, with them making up 81% of permanent representatives and 89% of chairs of committees and working groups.

We were all very clear about the systematic oppression of women under the Taliban. When they ruled the country from 1996-2001 they terrorized women, reversing the decades of gains made by Afghan women since they had taken part in Afghanistan’s first comprehensive Constitution which recognised their equal rights in 1964. They have had them stoned, they have forced them out of education and work, and they systematically removed their voices and their faces from public life.

Women are now stockpiling burkas with the memories of how the Taliban’s moral police used to beat them if they were seen out of the house without one. Whilst Taliban spokesmen have gotten much better at PR, saying that women’s rights will be respected, it is clear that the Taliban have not changed. Pictures of women’s bodies are being painted over in the capital, female journalists are fleeing to the countryside, the Afghan women’s football team are burning their kits.

None of this seems to matter to the big boys who run our world, they seem to be happy to play ball with the Taliban. The  permanent members of the Security Council (the Big Five), and therefore the ones with the most clout on the international stage, are China, France, Russia, the United Kingdom, and the United States. All of these governments are dominated by men. And of these, the United States and the UK have shown their cards by leaving, whilst China and Russia have welcomed the Taliban.

So, whilst we wait with baited breath to see what will happen to Afghan women at the hands of the Taliban, we need to be cognisant of how little clout women have on the international stage, and double down on efforts to change this.

Until the dominance of men at the highest global levels stops, and we can change the values of the highest institutions such as the Security Council, women’s rights will continue to be no more than an afterthought.

Marianne Moore is Justice Studio’s Managing Director and an international human rights specialist. She has worked extensively in the UK and in over 30 countries across the world. She worked for the UN in Afghanistan from 2011-2013, and in 2015, on projects to improve children’s and women’s rights.